Click for a Pituey Poop-out Player!
Keep listening while you browse... 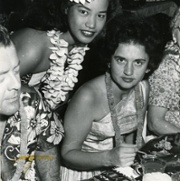 In 1904, Oahu Island native Joseph Kekuku came to the United States, bringing with him his extraordinary new sound: the steel guitar. This sound became synonymous with the lulling beauty of the Hawaiian Islands. But it was also the beginning of a much larger cultural craze that ushered into the U.S. an obsession with all things Hawaiian, Polynesian, or just tropically themed. Dining, drinks, clothing, décor, and more reflected the American mania. And Hawaiian musicians were there, wreathing listeners with a bouquet of melodies forever etched in American history.

Everyone Goes Cuckoo for Kekuku 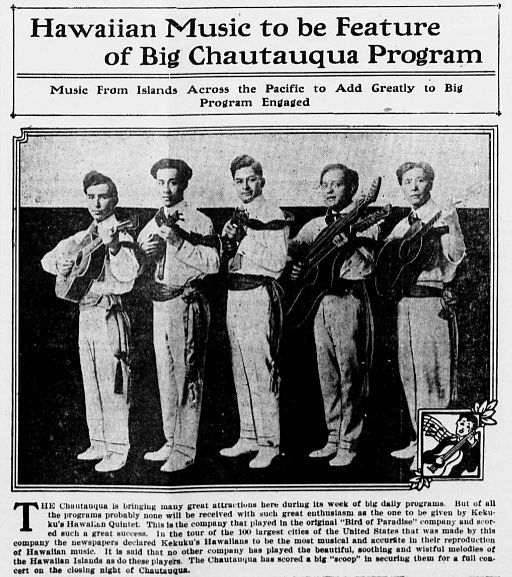 Kekuku started his career as a vaudeville performer, spreading the distinct sound throughout the U.S. Other performers like Sol Hoopii helped ignite the American appetite for Hawaiian music. But when Hawaii became annexed to the U.S. in 1900, the floodgates opened and Americans clamored to learn more about the territory, including its music. In January 1912, a Broadway play called “The Bird of Paradise” with Joseph Kekuku in the cast was a hit, and led to the hit film of the same name. Kekuku toured Europe for eight years with the show, igniting the craze for Hawaii wherever he played.

But of course what Americans and even Europeans wanted wasn’t true Hawaiian music, but rather something that reinforced an idealized South Pacific – exotic, mysterious, and comforting. Before the monarchy was overthrown, Queen Liliʻuokalani of Hawaii was a prolific composer and accomplished musician who wrote the classic “Aloha Oe” that we associate with Hawaii to this day for the sliding, “slack keyed” chords of the laidback steel guitar.
Dick Mahi and His Hawaiian Paradise Orchestra, Tropical Nights - Aloha Oe 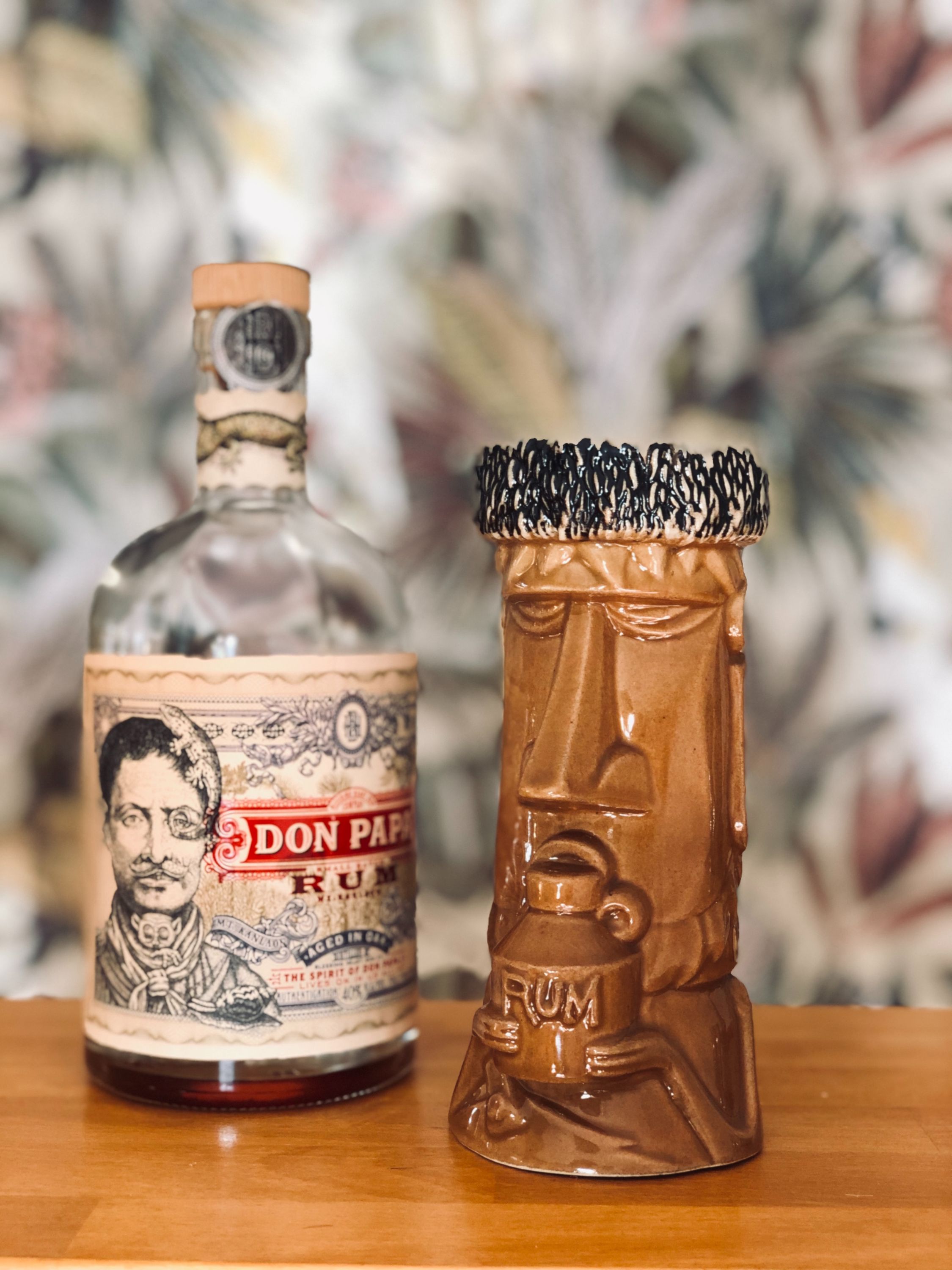 When prohibition ended in the States, self-professed adventurer and entrepreneur Ernest Raymond Beaumont Gantt – better known as Donn Beach – opened a new kind of bar in Hollywood in 1933 based on his purported travels to the South Pacific. “Don’s Beachcomber” featured potent rum cocktails, vaguely Polynesian décor, and of course “Hawaiian” music. The bar was such a huge success that Donn was able to transform it into a restaurant called “Don the Beachcomber," which was a favorite of Hollywood stars like Vivian Leigh and Clark Gable. Of course, the cuisine wasn’t Hawaiian, but rather Cantonese and other fairly common Chinese dishes. This was the beginning of “tiki culture,” which mashed together Hawaiian, Chinese, Japanese, Filipino, and Polynesian aesthetics and cuisine.

Other entrepreneurs copied Don’s successful formulae of drinks and décor. Victor Bergeron opened “Trader Vic’s” in San Francisco based on what he’d seen in Hollywood. Bergeron topped Donn’s cocktail menu by creating the famous Mai Tai, and even sold Mai Tai mixes to the public so that they could make the drink at home. Similar bars and restaurants opened on the East Coast, capitalizing on the growing fad. 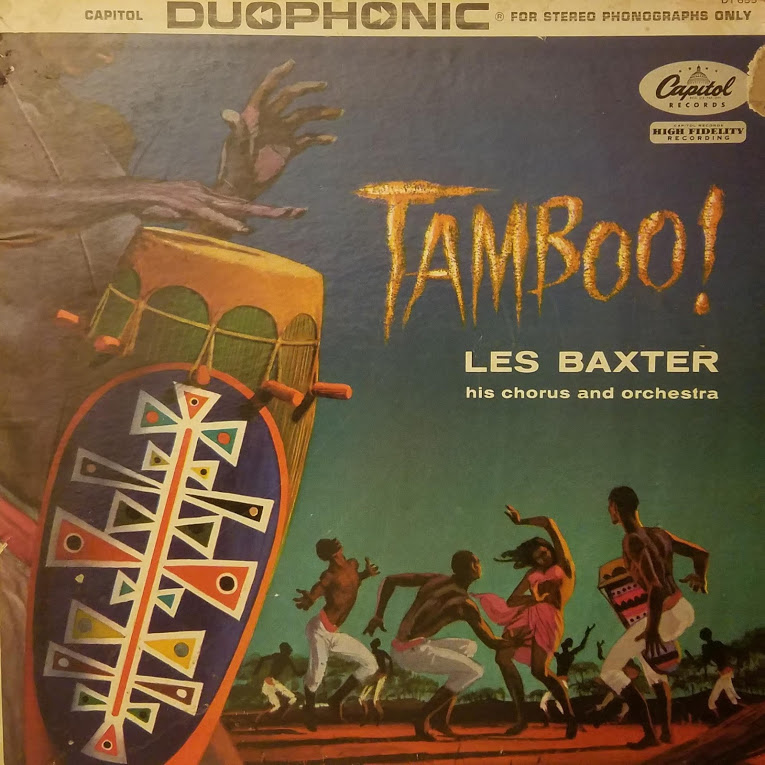 But what would have been a short-lived fancy turned into an all-out craze after World War II and the attack on Pearl Harbor. When American service men returned home and shared with their friends and families the sights and sounds of the South Pacific, it inflamed the American public appetite for the enchanting allure of the islands. That coupled with cheaper commercial flights to Hawaii ensured a steady flow of Americans into the tropics, keeping the popularity of All Things Hawaiian alive.

The word “tiki” was used for the first time post-WWII to describe the craze. A Maori word meaning “first man,” the tiki was depicted by a human figured carved in wood. These wooden figures were ubiquitous in the tiki bars and restaurants that popped up all over the world. Donn Beach even brought one of his famous “Don’s Beachcomber” restaurants to Hawaii, where it entertained tourists for decades.

Meanwhile, Hollywood was fueling the craze with images of the islands. One of the biggest music stars of the era, Bing Crosby, appeared in Waikiki Wedding in 1937 singing songs like “Blue Hawaii” and “Noni Ona Pua” with co-star Shirley Ross.
The Oratorio Society of Honolulu - Blue Hawaii

The films continued to roll in, capitalizing on the lush setting of Hawaii with global sensations such as From Here to Eternity (1953) and the movie South Pacific (1958), which was based on the 1949 Rodgers and Hammerstein musical of the same name. Shortly after, President Dwight D. Eisenhower signed the Hawaii Admission Act that made Hawaii a U.S. state on August 21, 1959. 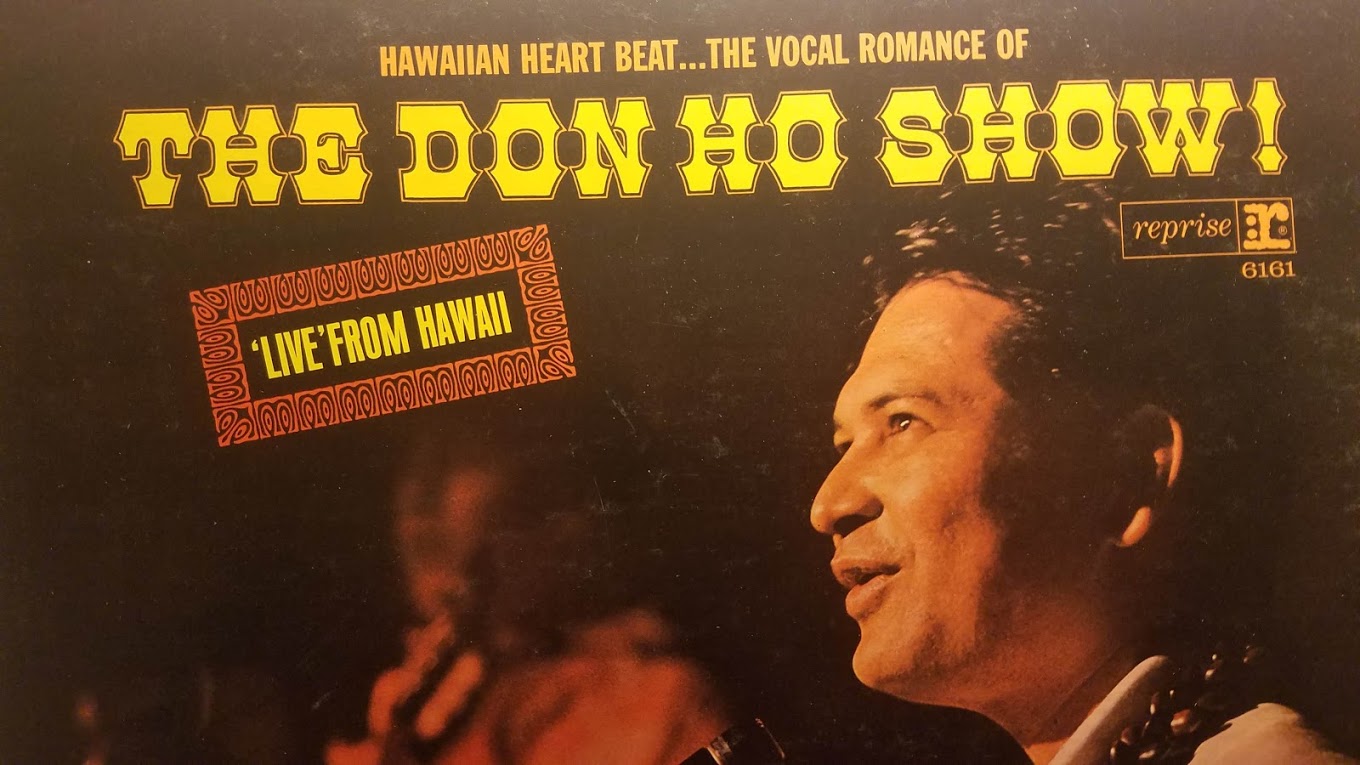 By the time Don Ho released his hit song “Tiny Bubbles” in 1967, tiki culture had reached a peak. Even the Brady Bunch was cashing in on the fad with its Tiki Trilogy of episodes in 1972 set in Hawaii. By then, the culture had faded away from the mainstream for good.
Don Ho - Tiny Bubbles

Editor's note - The culture is alive and well again, here on Pituey.com Radio. Tune in here every Saturday night at 8 PM (Pacific "Long Beach" time zone), for an hour of old tiki-culture-themed stuff from our vaults.

It's unclear what exactly led to Portuguese Bend's recent kitchen closure, but a series of court records show that trouble has been brewing for years.

February 6, 2023
Suspect pleads not guilty in killing of man found near Scherer Park

Seth Gomes, 33, pleaded not guilty today to murder and other counts stemming from the Dec. 20 fatal shooting of Kevin Magana.

The post Suspect pleads not guilty in killing of man found near Scherer Park appeared first on News.

The post LBCC student will join Rep. Robert Garcia at State of the Union address appeared first on News.

You probably know Dave Van Patten for his bold, surrealistic murals, including the 60-foot one outside Alex's Bar in Zaferia. As of last night, he's also a Grammy winner.